As the New Year is upon us we would like to THANK Chief Bill Asprion for his past seven years as District Chief. Chief Asprion is stepping down after seven years as District Chief. Seven Years As Chief is an incredible amount of time to be in a top leadership position. It takes a large amount of time to run a Department. Time away from family, work, and other things, to maintain the level of leadership Chief Asprion has shown.

Chief Asprion joined the Department in 1976 and over his 40+ years in the department he has given a lifetimes worth of heart and dedication to making sure the Selkirk Fire Department was always the best it could be. He started at Selkirk Co. 2, but then moved south to Selkirk Co. 1. While at Co.1 he rose up through the ranks quickly. He served as 3rd Asst. Chief, 2nd Asst. Chief, and 1st Asst. Chief while serving out of Co. 1. He, along with other members. helped make Selkirk well respected in the extrication and heavy rescue area, in the 1990’s. He competed in various extrication competitions, and sometimes was the Captain of the Selkirk team. He served as a judge at some of the competitions as well as helped create some training programs via the Upstate Extrication Technicians group.

In the early 2000’s a work-related back injury sidelined Chief Asprion for a few years. But once he was back to being able to do the job again, he stepped right back into the fray. Within a few years of being back Active he was elected to the position of Chief of Selkirk Fire Co. 2. A position he excelled in for three years. He served as the District Training Officer, during these three years, and promoted a mindset of unity, between the three Selkirk fire stations, as well as the thought process that training was the key component to being a good firefighter.

In 2011 Chief Asprion was elected to the position of Chief of the Department, aka District Chief. As previously stated, a position he held for 7 years, before stepping down. During these last seven years Chief Asprion worked extremely hard in making sure the department was run as good as it could be. Through his efforts he saved Selkirk FD taxpayers ten of thousands of $$$ by getting donations and grants from local businesses. He also used his personal salesperson skills to get top dollar on any piece of equipment Selkirk FD was selling.

He led a group of members to Long Beach LI right after Hurricane Sandy devastated the LI and NYC areas. He also led a group out to Buffalo in 2014, after they were hit with several feet of snow. Again, in both cases, showing excellent leadership skills, in times of need.

THANK YOU CHIEF ASPRION for all of your hard work, long hours, selfless dedication, and leadership over the last ten years.

He has said he is looking forward to riding the trucks again LOL. 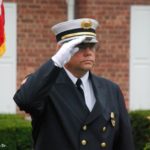 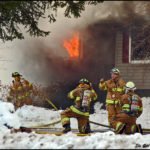 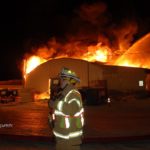 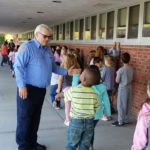 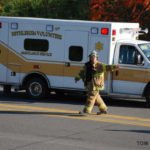 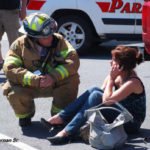