Chief Michaniw joined the Selkirk Fire Department in 1991. He immediately began his career taking numerous courses. He has been a very active firefighter, since he joined the department, except for the time he spent away serving our country in the armed forces.

In 2014 he was elected to 1st Assistant Chief of the Selkirk Fire District. This position put him in charge of the District Training Department. He would hold this position up through 2017. In 2016 he completed the Fire Instructor I course at the OFPC Academy in Montour Falls NY.

Now, in 2018, he assumes command as Chief of the Selkirk Fire District.

Chief Michaniw has been a life-long resident in Selkirk, and also is a long-time employee of the Town Of Bethlehem. 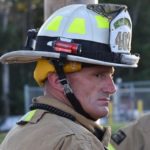 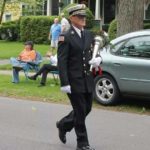